Dealing with plastic waste has become a pressing global issue. In response, LIXIL has published the "LIXIL Plastics Action Statement," which sets out how it will address the problem – in part by providing products and services that promote the circular use of plastics. The TOSTEM brand is contributing through the development of PVC windows with significantly improved recycling rates.

Germany leads the world when it comes to green initiatives. In collaboration with German company Profine, TOSTEM has developed the EW range of PVC windows, which combine Profine’s world-leading PVC design, extrusion and recycling knowhow with TOSTEM’s expertise in products designed to withstand typhoons and other extreme conditions common in Japan. The result is a product of superior performance that contains up to three times more recycled material than conventional products.*
*Comparison of conventional sliding windows with S-specification EW sliding windows.

The EW PVC window represents the future of window design. It offers world-leading thermal insulation, a beautiful frame that complements interior spaces, and has been specifically developed with recycling in mind for a more sustainable society. 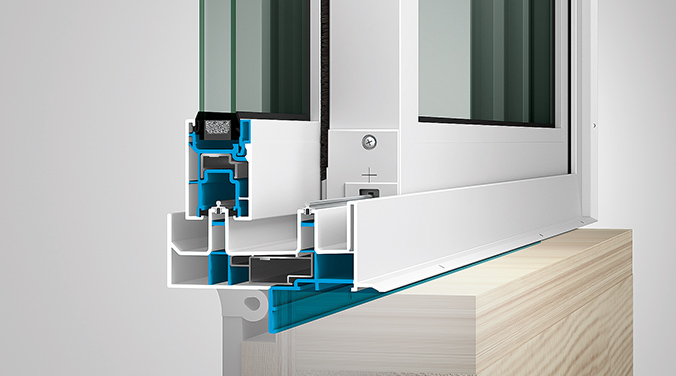 Scrap material from the manufacturing process is used for the inside of the frame (blue part). EW windows use around three times* as much reclaimed material as conventional windows. 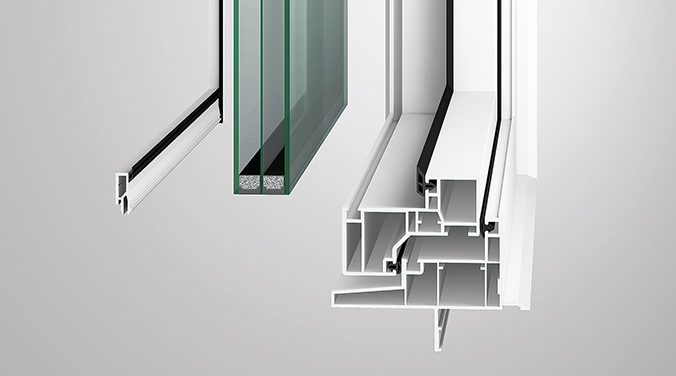 To recycle PVC windows, the glass must first be separated from the frame. TOSTEM has developed a window structure in which the glass and frame are fixed using a "window bed," allowing them to be separated more easily.

Recyclability of PVC materials a priority

EW windows were specifically designed with PVC recycling in mind. For example, the wrapping material used to finish the frame is also PVC based, allowing everything to be recycled together without further disassembly.

In environmentally conscious Europe, PVC windows are reclaimed as part of a wider recycling eco-system. If we are to realize a circular economy in Japan, we too will need to drive such a recycling system. TOSTEM promotes the separation and recovery of PVC and glass, and the reuse of materials as part of its development and manufacturing process. We aim to maximize the reclamation of PVC windows through a planned 100% reuse rate of scrap materials and by reusing recovered materials. We are working with government and the public to create such a recycling eco-system.